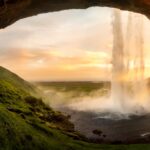 Since the early days of Maven the development team recognized that they couldn't (and shouldn't) provide a solution for every problem we as consumers may face with our builds. In order to cater for our every whim and emerging requirements the Maven build tool added a pluggable mechanism to provide behavior as needed, and thus Maven plugins were born. Maven plugins are typically configured inside a <build> block found in the pom.xml file, which lets them contribute goals that may bind to lifecycle phases by default, or just providing goals that you can invoke at any time. But what if I told you can also apply a Maven plugin to a build without touching the pom.xml file at all? Sounds crazy? Let me show you how.

Now watch what happens when the echo-maven-plugin is applied on the command prompt, by defining it's GAV (groupId, artifactId, version) coordinates plus the target goal we want to execute, plus any additional arguments the goal may need. This is another case where providing plugin parameters as System properties comes in handy.

We can appreciate that Maven downloaded the plugin during execution as I didn't have the plugin installed on my local Maven repository. Let's invoke the same command once again

Note that Maven does not download the plugin again because it now resides in the local Maven repository. As a matter of fact we can omit the version from G:A:V:goal and make it just G:A:goal in which case Maven will download the latest version that matches the G:A coordinates. If you think this is a pretty neat feature then I'm in agreement with you, it is! However it may be a bit tiresome to type in G:A coordinates for every invocation of an inline plugin. It's for this reason that Maven is aware of a "blessed" list of plugins that allow us to use their shorthand pluginId instead. These plugins must be published in either the org.apache.maven.plugins or org.codehaus.mojo groupIds. The list can be expanded as well, have a look at the docs. The next example makes use of the exec-maven-plugin which happens to be published in one of those blessed packages. Let's start with the project structure

It works! Hold on, hold on, you might be thinking "that command line did not define exec:java as I expected". Sure it didn't but the exec:java goal was invoked. How? It's all thanks to Gum, the Maven/Gradle/JBang wrapper. See for yourself, the output does not lie. Once again we make use of passing plugin parameters on the command prompt to make it work.

On the Gradle side of things there is no option out of the box to execute inlined plugins, but the org.kordamp.gradle.inline plugin does provide an avenue for this behavior. This plugin must be applied to your settings.gradle file otherwise it won't work. The minimum configuration may look like this

And the same settings.gradle file and an empty build.gradle file (well, because we can) we're able to invoke the Main class in this way

The features described so far apply to Kordamp 0.40.0. In the next release, 0.41.0, you'll be able to use any of these formats to inline a plugin