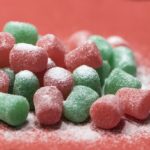 I'm happy to announce the immediate availability of Gum, a Gradle/Maven wrapper written in Go. Gum is inspired on the popular gdub script by Doug Borg, which was ported to Go by Sten Roger Sandvik some time ago. The main difference from Sten's version is that Gum also supports the Maven wrapper, coming up as part of Maven core 3.7!

The basic idea behind Gum is to prefer the tool wrapper over the plain tool, if the wrapper is configured. It also allows you invoke the build tool from any place withing the project's codebase. There are a few additions and improvements such as:

Gum will attempt to run the right command for you depending on the files it finds, attempting first Gradle then Maven. You can force the tool choice by specifying -gg for Gradle and -gm for Maven, in which case Gum will exit immediately if the build is not of the chosen type.

There are a couple of ways to install Gum depending on your preference. If you have Go installed then you can install Gum directly from its repository

Or you can clone the repository and build it yourself. If you're into Homebrew the you can install it from the Kordamp tap

You can also snap it to install it on Linux

Additionally you can download a pre-compiled binary from the releases page.

Note that the executable name is gm even though the project name is Gum. Why? One less character to type. Once you have Gum installed you use the gm command instead of gradlew, gradle, mvnw, or mvn, for example on a Maven build it's enough to invoke

To build artifacts and run checks. For a Gradle build you would invoke

In other words, gm takes all arguments and passes them to the underlying build tool once it has been resolved.

Gum will execute the build based on the root build file unless -gn is specified, in which case the nearest build file will be selected. If a specific build file is given (-b, --build-file for Gradle; -f, --file for Maven) then that file will be used instead