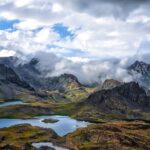 JReleaser v1.3.0 has just been released! This release delivers a feature that has been requested since the first news of JReleaser came to light: posting releases (JARs & POMs) to Maven Central. Yes! We finally have it! The full list of issues can be found at the v1.3.0 milestone. This release includes contributions made at Basel & Luzern Hackergartens as well as Hacktoberfest. Here's a quick rundown of the new features:

There's a new deploy phase available in the workflow. This phase is responsible for uploading artifacts to locations that follow a particular layout. This new phase supports Maven to begin with, and may be expanded in the future to support other deployment layouts (yum for example). Stay tuned. If you'd like to publish JARs & POMs to Maven Central via JReleaser then please have a look at the documentation.

Two new announcers join the current set: HTTP & Discourse. The HTTP announcer lets you post/put a payload to a given REST API; this is how the 1.3.0 news were posted to our Noticeable page. Discourse support was contributed by Jihum Kim.

Custom Java extensions have found their way into the codebase. They will let you extend behavior using Java code as opposed as reacting to release steps using external scripts. Extensions will begin to roll out shortly, with JFR and OpenTelemetry support being the first on the roadmap. Check out the docs if you'd like to build your own extensions.

JReleaser now has the option to apply a (customizable) label and comment on issues that belong to a release. It can also apply a matching milestone if one has not been applied already. Refer to the issues block found in the release section.

Additional template functions for transforming JSON content and regular text operations. Additional functions may be added by creating and registering a custom MustacheExtensionPoint using your own extensions.