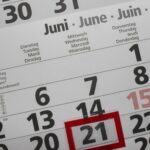 Since the early days JReleaser has had 2 release paths: fast & slow. The fast path is the early-access release, posted every time a commit is pushed to the main branch. This type of release allows early adopters to test out new features as soon as they are added to the main branch. Consumers of the jreleaser/release-action GitHub Action can take advantage of the version property exposed by said action to select this release. Early Access releases are intended to be downloaded manually as they might be unstable and as such only CLI related artifacts are posted. There are NO early access releases for the Maven and Gradle plugins. However, should you feel like trying them out you can build your own snapshots from source.

The slow path is the stable releases. Before 1.0.0 we used to post released every month, at the end of the month. This gave us the opportunity to accelerate adoption of new features for those projects that prefer stable releases. These releases include artifacts for all consumer channels: CLI, package managers (Homebrew, Scoop, Docker, etc), Maven Central, Maven & Gradle plugins.

With 1.0.0 out the door back in April 10th and 1.1.0 in June 30th, it's time to adopt a release cadence. This will allow developers to plan ahead and be ready when the next stable release drops. For now, the release cadence will be set to 2 MONTHS. This means that 1.2.0 will be scheduled by the end of August 2022 (it came out on August 27th), 1.3.0 by the end of October 2022, effectively posting stables released at the end of the even months of the Gregorian calendar.

It's our hope that the fast & slow release paths will give you the confidence to adopt the tool and decide when to switch to newer versions in accordance to your own circumstances.

Image by Mae from Pixabay