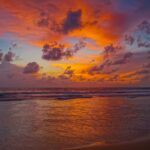 Recently I’ve been experimenting with building layered modular Java applications with Layrry, a launcher and Java API for executing modularized Java applications. It so happens that version 1.0.0.Alpha1 was just released a couple of weeks ago, making it easier for anyone to give it a try. The base concept of Layrry is to organize your code in such a way that modules are grouped in a series of layers, enabling isolation between said layers as there’s a single classloader per layer, thus allowing conflicting modules (such as binary incompatibilities between classes) to be used within the same application. Module layers END_OF_DOCUMENT_TOKEN_TO_BE_REPLACED