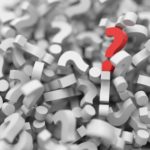 The need for customizing a build based on a particular environment is a prevalent one. Maven offers an option called build profiles which lets you customize certain aspects of the build but not all. However on the Gradle side of things, there's no such feature found in core, with the argument being that contrasted to what Maven offers as means for defining build files (a limited XML based DSL), Gradle offers not one but two DSLs based on full programming languages. This allows developers use the same control flows they're used to in production and test code but on build files. Also, the argument for profiles typically boils down to "it's just a bunch of if statements over a property".

Let's start with that argument and see where it may lead us. Say that an environment can be identified by the mere presence of a property. Say this is a project property. You'd expect this property to be defined in the command line using the -P flag, for example

This property could be checked with simple code as this one

That seems innocuous and straight forward, but as they say the devil is in the details. Be mindful that "prod" and "dev" could also be defined in gradle.properties, ~/.gradle/gradle.properties, a Gradle init script, or as part of the ext block inside the build file itself. Granted, the use of -P gives it precedence over the others, so I guess we're good? Moving on, what does "prod" require to do its thing? It may be several things. As the first link in the list above suggests we could group those statements in a separate script. Do the same for all environments. Good. Looks like we're done here. Except

If you've come to the last realization (the need of a custom plugin) then good for you. Now you have a choice: build and maintain the plugin yourself or look for an existing solution out there. If you and your team already have experience writing plugins for Gradle then this can be seen as a weekend project that may need to be updated from time to time. If you have not build a Gradle plugin before, it's not hard but then it's yet another piece of infrastructure code that you have to learn and maintain. If it's a 3rd party plugin built by someone else then you have to check if it works with your setup and monitor its releases for compatibility, just like with every other 3rd party plugin already found in your build. So what is it going to be? There are no right or wrong answers, it all depends on the constraints and requirements of your builds, your team, your organization's processes and rules.

But, should you want to try a 3rd party plugin then I suggest you to have a look at the Kordamp profiles plugin. The goals of the Kordamp Gradle Plugin suite are

For these reasons the profiles-gradle-plugin offers a DSL that closely matches what you find in the Maven build profiles feature. There are 5 types of profile activations (property, jdk, os, file, and custom). The last one allows any condition to be used if the other 4 are not enough. Yes, that breaks the last point of reduced used of programmatic code but there will be times when such extension is needed. Profiles can customize virtually any aspects of a build except for plugins applied via plugins { } or buildscript { }, however Kordamp offers an answer to that as well, which will be discussed in another post.

In closing, are profiles really needed in Gradle? Take a look at your builds and decide.