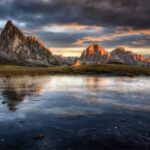 JReleaser v0.10.0 has just been released! It is the last push towards 1.0.0. We'll concentrate on bug fixing and polishing from now on. Be mindful of the breaking changes introduced in this release. There are plenty of improvements in several areas, a quick summary of the highlights follows:

The jpackage tool can now be used to assemble distributions of type NATIVE_PACKAGE. You have the choice to reuse an existing jlink assembler or supply a runtime image created by any other means.

Additional archive extensions are now supported, such as .tar.xz, .txz, tar.bz2, .tbz2, with most packagers and distribution types accepting these new extensions. All assemblers now let you specify the archive format to use, with .zip as by default.

JReleaser defines a fixed set of platform values (such as osx-x86_64 or linux-aarch_64) which are used to identify platform specific artifacts. These values are often times added to artifact names. Sometimes you'd like to use a different value such as mac-arm64 or linux-amd64. You can use platform replacements to achieve this goal. Platform replacements can also be used to create archives for non-Java binaries (such as Rust) where a different set of platform values is required.

Artifactory supports multiple types of repositories such as generic, rpm, deb, nuget, and more. Previously you could only configure a single generic repository, now you can configure multiple repositories of any type as needed.

The Gofish package manager joins the set of support packagers. You can use it with distributions of type BINARY, JAVA_BINARY, JLINK, and NATIVE_IMAGE.

Chocolatey, Macports, and Spec can now be used with additional distribution types, bringing the total set to BINARY, JAVA_BINARY, JLINK, and NATIVE_IMAGE.

The CLI offers a new command that generates a json-schema file, useful for validating JSON, YAML, and TOML config files.